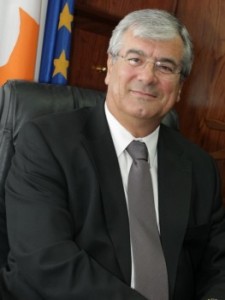 Efthimios Flourentzou was born in 1955 in the presently occupied Yialousa. In 1973 he started his studies in the Law Department of the Aristotle University in Thessaloniki, from which he graduated in 1978. He became a member of the Cyprus Bar Association in 1980 and has been practicing law since then. Besides practising law, Mr Flourentzou was also a member of the Cyprus Electricity Authority Board of Directors for eight years.

In 2011, he founded E. Flourentzou & Co LLC, whilst before that he was a co-founder of another legal firm. Mr Flourentzou has developed the principles of the firm to ensure that realistic advice is given to clients and outstanding results are guaranteed.

Mr Efthimios Flourentzou has built a very successful career, he practices in all areas of law specialising in corporate, intellectual property and criminal law. Mr Flourentzou advises and represents clients in and out of Court; dealing with both contentious and non contentious matters. He has appeared in many high profile cases.

Through the years, he has also developed a rich political activity and has published articles on legal and political issues in many newspapers.

Mr Flourentzou was appointed by the President of the Republic of Cyprus as the Minister of Communications and Works; he took office on the 5th August 2011.